skip to main | skip to sidebar

The Day I Touched My Trauma

The Day I Touched My Trauma

From a recent Twitter exchange about the subject of whether being adopted is trauma for adoptees, I thought I would share my experience in touching the trauma buried deep within me for nearly four decades.  I had been searching since the birth of my first child at age 24 when I found ALMA. I didn’t know then that no one was searching for me. I had no idea where I was in fact born, as original birth certificates are amended (ABCs) when babies and children are adopted. Adoptive parent information replaces that of biological family information and original birth certificates (OBCs) are sealed. My amended birth certificate did not list the hospital I was born at, and I did not know the agency that handled my adoption. I had been told I was adopted at 2 weeks old, and since there were no photos of me prior to around a few weeks I assumed that to be correct.

So, in 1998 struggling with several chronic health issues, and physicians requesting family medical history information, we purchased a computer. I did not know where to start so I plugged “adoption” into the browser and began to read. I was able to connect with a Missouri specific search and support group where I was adopted from and had lived for the first few years of my life.

The only tangible piece of information I had on my amended birth certificate was the attending physician’s signature. Someone told me to check the American Medical Association (AMA) website to see if he was still practicing. I typed in his name and VOILA there he was, STILL practicing family medicine with rights to the hospital I believed I had been born at! And, it hit me like a ton of bricks dropping from a skyscraper. This was the man who had witnessed my birth, who knew my mother, he had physically touched her and me, and knew ME, the person I had been BEFORE adoption. Someone who was there the day I was BORN.

I began to cry and my whole body began to tremble. I started quietly sobbing which slowly grew into body wide shaking. This was the very first real connection my mother I had ever had. I was barely able to keep myself from fainting. I had a clue, I had hope, I had a key piece to find the knowledge of where I came from! To my MOTHER! My son, who was around three at the time came to me and asked if I was o.k. I realized my visceral reaction was scaring him, he had never seen me like this before. I got my emotions under control as best as I could. I sat staring at the screen for a long while.

I then realized how much emotional trauma had been trapped within my physical body. I felt these emotions head to toe, body wide, rip through me almost like bolts of lightning. I had never experienced any depth of emotion like that before in my life.  I was making noises I had never heard myself make before, the guttural sobs were so overwhelming they were more like convulsions. I thought I might pass out. I had touched emotions about my mother that had been buried so deep, for so long, and until that moment were unrecognized.

In the non-id letter through the adoption agency later my mother said she was not allowed to see me or hold me after my birth. That was not unusual when babies were to be placed for adoption. I still have no idea where I was for the first two weeks of my life, what type of care I received, or IF I received any decent care at all. At an adoption conference a nurse told us how babies being placed for adoption back in the 50’s, 60’s, and 70’s that were given phenobarbital to calm them because they wouldn’t stop crying. That has since been confirmed by other nurses who said this was a common practice in closed adoptions.

Was I left to cry alone? Was I left to cry for my mother? Was I given drugs to stop my relentless painful crying? There is still so much, even after 60 years, I do not know about my early life prior to adoption. How can being severed from your biological mother at birth, from your father and all extended family, your name changed, and your records sealed NOT be trauma?

I have studied some prenatal and perinatal psychology, birth psychology, and early childhood core issues including rejection, abandonment, loss, identity crisis, and disenfranchised grief that can affect adoptees. There are a lot of new studies out about adoption, and those have their place within adoption healing. But, the voices and stories that come directly from adoptees are what we should be listening too.  There is nothing more compelling than the truths adoptees have lived to show the monumental impact adoption has had in our lives.

Once you tap into pain, realize it, feel it, you can begin to work with healing modalities to abate the trauma. Trauma does not have to define your life forever. Trauma no longer consumes me. Trauma can affect people differently, there is no one way adoptees can or should feel about being adopted. As much as adoptees experiences can be similar, they can also be very different. I never deal in absolutes, nothing is every black or white.  I am simply here to share my experiences in the hopes it helps other adoptees.

The day I touched my trauma was the day I began the journey of healing. 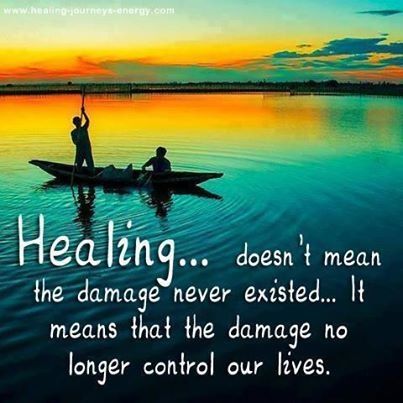 Posted by Assembling Self at 9:44 AM

I write here too. Come visit us! 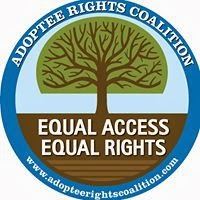